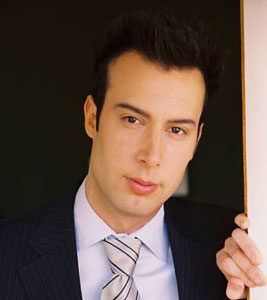 Jeffrey A. Gliwa (born on January 12, 1974) born in Brooklyn, NY is an Executive Producer and Founder of Blue Shark Pictures, LLC. Early in his career, Jeffrey garnered a reputation for being a mover and shaker in the Hotel and Club world of Manhattan, as the Nightlife Impresario for SoHo Grand Hotel and the Gansevoort Hotel. He translated his talent for production and promotion into film fund raising ventures with a focus on introducing legacy talents to the industry. “Blood Moon” written by Nicholas Kazan and introducing Maya Kazan was an independent feature that Jeffrey secured Capital for before moving into the Executive Producer role for the Coppola Film Partner’s. “Sacred Blood” starring Michael Madsen and Anna Bianna, which introduced Bailey Coppola, and “Torch” starring Vincent Spano and John Savage were two of the features produced through the fund. Jeffrey’s Blue Shark Pictures has successfully raised over 10 million in Private Equity over the past decade. Currently he is developing and managing the Blue Shark Fund that is producing feature films.

Blue Shark Pictures specializes in pairing talented, up and coming aspiring filmmakers with industry veterans and helping them break through in the film industry.

“I look forward to hand picking the next generation of film students who are the best of the best, and help them break through into the film industry working alongside of A-list industry veterans.” – Jeffrey “Blue Shark” Gliwa

Here are some links to films and movies Jeffrey Gliwa has acted in over the years;

You can contact Jeffrey Gliwa, producer aka “Blue Shark” on this page